A fundamental principle for UWC is that students are selected based on personal merit alone. During the entire selection process, students will be judged only by their personal abilities, strengths, achievements, and potential, and not by their family’s financial or social status.

Saharawi students of age 15-18 from the refugee camps in Tindouf, Algeria are eligible to apply.

The next selections will take place in the summer of 2019 in the refugee camps in Tindouf, Algeria.

E-mail us if you would like to stay informed about the selections: info@westernsahara.uwc.org.

i) Outreach. The National Committee receives a list of the top 30 students from the camps who have completed one year of high school in Algeria. These students are approached at their homes and given information about UWC and the application process. The UWC scholarships are also announced through other fora, and students from the camps who are not on the list are also invited to join the selection process, provided their grades are high enough (12/20 or above).

ii) Assessment. The first stage of the assessment consist of three elements: a written application form, written exams in maths and English, and participation in group exercises. The latter two will take place in Rabouni during a single day. Based on these three elements, applicants are short-listed for the second stage, a personal interview. The interviews will take place over the course of one or two days in Rabouni.

iii) Nomination. Applicants selected for a scholarship will be invited to a meeting the following day, along with their parents. During this meeting, the nominated students and their parents are given ample information about UWC and what happens next, and the necessary paper work is taken care of. Nominations are sent to the UWC schools for approval. 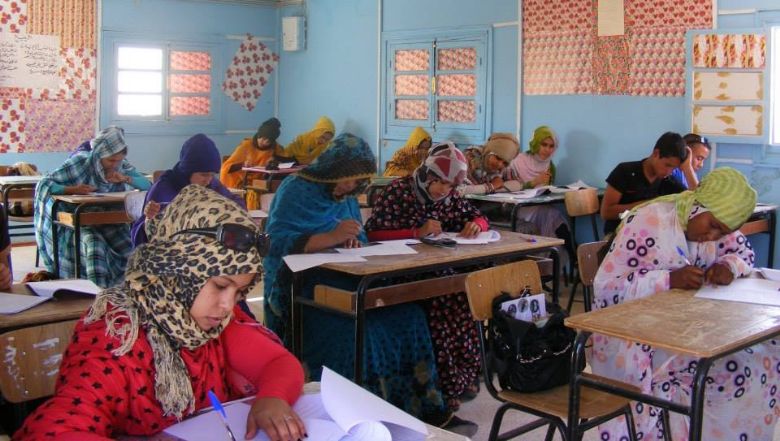 Applicants taking part in the written exam in 2015.